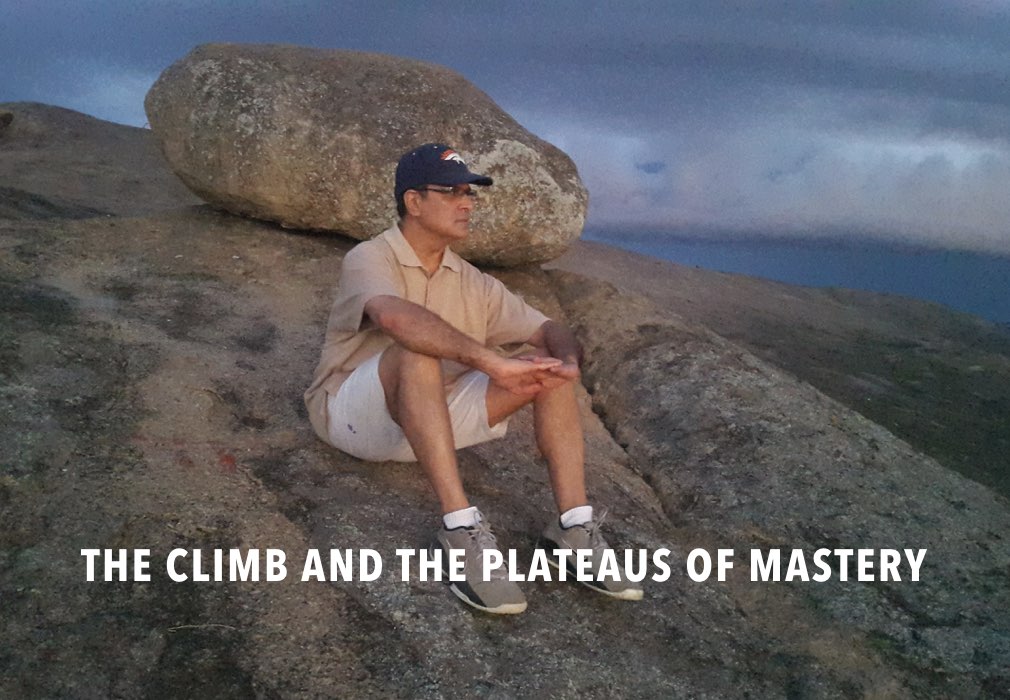 LIFE IS A CREATIVE PROJECT

Life is a creative project of developing yourself to continual higher levels of understanding and competency. It’s a continuum of expansion, steep climbs, plateaus, scenic view points and more climbing. This is how those who are on the path of being masterful look at their life.

When you reach a plateau, it becomes a place of assimilation, taking in all the learning of the climb and internalizing it. While you are at it, celebrate the climb, look at the scenic view laid out in front of you. It’s all part of internalizing the lessons. If a lesson isn’t internalized, it will keep repeating until you internalize the lesson and take it in deep.

Take time out to smell the roses as well as the all the other flowers. Watch the birds fly, the clouds drift in the sky. Dance in the rain, run in the sunshine and sit under the shade of the trees, breathe in deeply all your achievements, relationships and all the learnings, unlearning and relearning taking place. Hold on to nothing from the past, nor fear the future climb. Enjoy the bliss of the moment.

However the game must get bigger and bigger. Its expansion of your life. Too short a stay on the plateau and you burn out, without getting the depth of the learning. Too long on the plateau and you get bored and deteriorate. Skepticism sets in. Followed by negativity. And finally cynicism and death of your soul. And finally the onset of slow physical deterioration. Stagnation is the worst enemy of life. It sucks the energy out of you and makes a zombie out of you. Always get off the plateau after the assimilation and internalizing of lessons.

When life gets tough, know that it is the climb section. Keep a keen eye for what you are learning, what you need to unlearn and let go and what lessons are presenting themselves again. That’s time for relearning and internalizing the lessons. When you internalize the lessons it creates expansion. Without expansion the lessons keep on presenting themselves, over and over again. You don’t want to keep climbing the same incline over and over again for life, do you? You don’t want to be like the Greek mythology King Sisyphus, who was condemned to roll a boulder up a hill for eternity. As the boulder reached the top, it would roll back. Laborious and futile tasks are hence known as Sisyphean.

When you have reached a plateau and see yourself too long on it and no way to climb further, or it isn’t as rewarding anymore, it is time to move sometimes laterally, sometimes adding to what you redoing and sometimes to new things so that you keep challenging yourself anew. To jump onto a bigger game that gives you greater challenges and opportunities for more learning, more meaning, and dealing with greater things. You must take on a game that gives you opportunities to expand. A game where the climb isn’t determined, easy and all mapped out. Take the route not often taken by others.

“. . . . it’s exceedingly likely that my greatest success is behind me. . . . That’s the kind of thought that could lead a person to start drinking gin at nine o’clock in the morning, and I don’t want to go there.” ~ Elizabeth Gilbert

Since then she has gone on to write more best sellers. It’s how you approach the creative process in your life. You have to get yourself off the hook for the troughs and be humble about the peaks.

NEVER THINK YOUR BEST IS BEHIND YOU

Either we are growing a little or dying  little each day. Each day either we are progressing forward with our life as a creative project or losing ground. When you reach a peak and don’t see anyway to develop further, you must reinvent yourself, or in other words find a different mountain. That’s part of the creative project of your life. This holds true for people, organizations, cultures, communities  and nations.

Jerry Seinfeld quit the top grossing TV sitcom show “Seinfeld” of the 90s while still on the top, even though he was offered $5m per episode. He had reached a plateau from which the next climb wasn’t going to be as rewarding. Even though the audience wanted more of the show, this is what Jerry said:

“The public wanted more. But . .  . the public is not in show business.” He went on to many other projects that kept challenging him.

MENTORING IS LEGACY PASSED ON AT A DEEPER LEVEL

And all that learning, unlearning and relearning? Pass it on to others by being a mentor. The world needs mentors and experience to be passed on the next generation. Mentoring is your legacy passed on at a deeper level that will prevail long after you. Mentoring is one of the greatest things you can do when you take on your life as a creative project of mastery.

“Life is an awesome creative project of mastery, or nothing.” It ripples outward and touches everything in its path.

In the finale Mastery isn’t about an end result. It is the consistent crafting of inner competency, the creative process that keeps excellence on an ever increasing curve with no peak in sight. It’s the progress towards the attainment of perfection of mind, movement and stillness. A unity between balance and harmony. 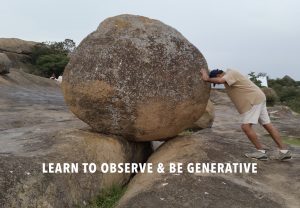 Learn to observe & be Generative

Instead of the continual automatic reactions and responding to external circumstances learn to observe and be generative.